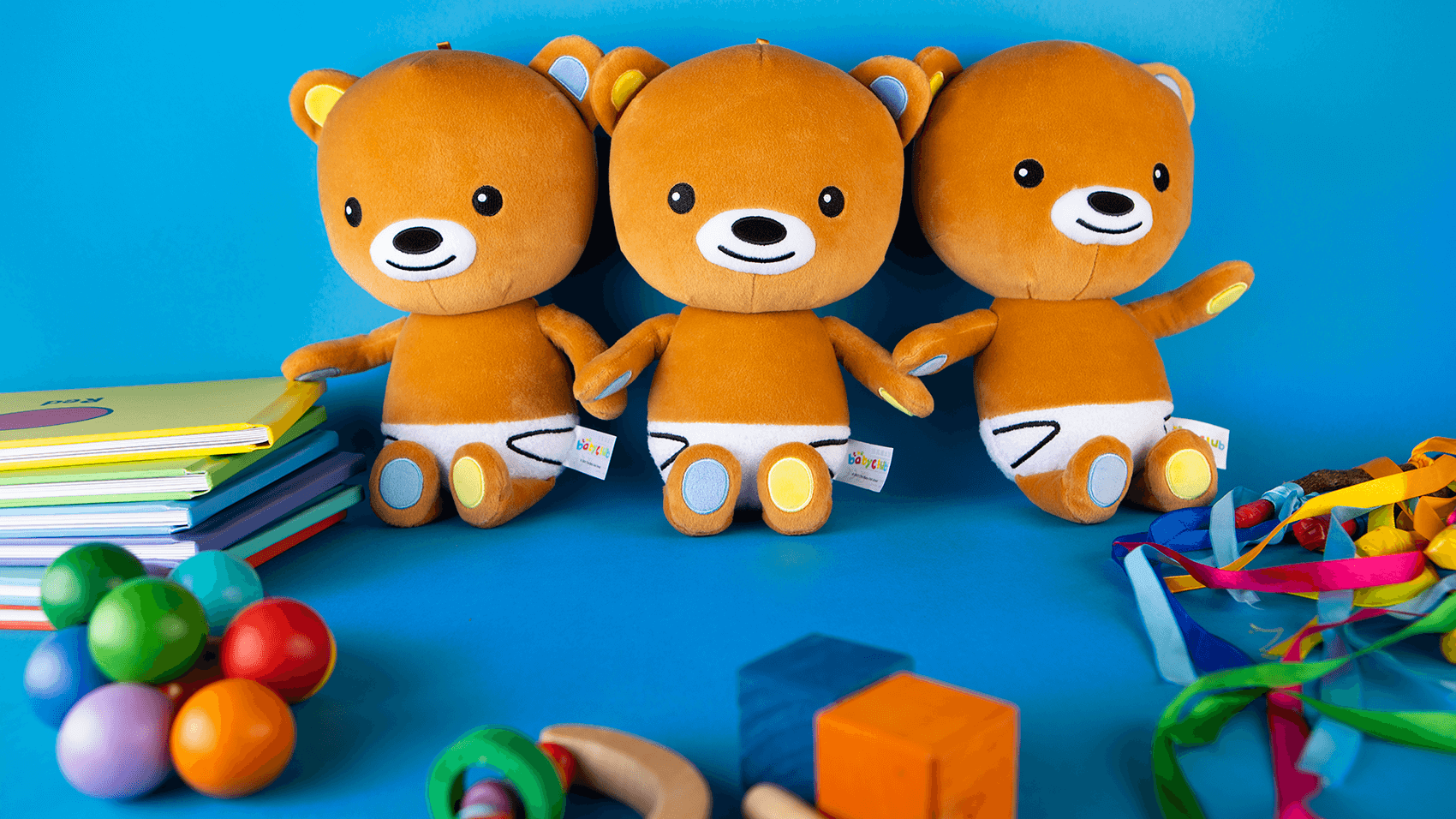 ‍Golden Bear will develop a plush range of characters from the popular CBeebies show, starting with Baby Bear.

Baby Bear will be the first plush character from the tie up between Golden Bear and The Baby Club.

The company has signed as plush partner for hit CBeebies show The Baby Club, in a deal brokered by Rockpool Licensing.

The on-screen baby club, now in its third season, is presented by Giovanna Fletcher and Nigel Clarke and broadcasts twice daily on the BBC channel. Golden Bear will be developing plush based on the growing family of characters featured in the show, beginning with Baby Bear, who appears with Giovanna and Nigel and stars in all activities, play, songs and stories.

First launched in 2019, The Baby Club is a regular feature in the CBeebies top viewing charts, and has become a lifeline for little ones and parents and carers, particularly during lockdown.

Tracy Griffiths, head of brand and licensing, Golden Bear, commented: “We’re delighted to be on board and can’t wait to launch a range of fun, innovative plush which reflect the TV programme’s ethos of baby development, exploration and parental empowerment. We are looking forward to Baby Bear joining our strong portfolio and encouraging real-world play and interaction, inspired by The Baby Club’s on-screen activities.”

Vickie O’Malley, MD at Rockpool Licensing, added: “Fans of The Baby Club have been clamouring for Baby Bear plush since the show launched and it’s a privilege to be working with such an esteemed partner as Golden Bear to make this happen. We’re thrilled to be able to say they’re on their way.”